What Do Governors Do?

16 members is a large governing body by some other primary schools standards - as we are lucky that many people want to become involved and become governors.

Two are members of staff – our Head Teacher plus one other member of staff elected by the whole staff. The current elected staff member is Mrs Ruth Atkinson our Assistant Head. Our Deputy headteacher Miss Sarah Huddleston also attends meetings as an observer.

One governor is appointed by the local education authority-

Nine are called Foundation Governors, of which two are appointed by the PCC; three  by the Blackburn Diocese Board of Education; two by The Ripley Trust and the vicar.

So out of a total of 16 Governors there are 4 parent governors, plus many of the other governors are either parents of children currently at the school or previously at the school –, so that gives parents a great deal of involvement in the school's development.

The four currently elected Parent Governors are as follows:

The Governors are elected for a period of four years and they can stand for re-election if they wish to do so.

The Chair and Vice Chair of Governors are elected by the other Governors and they stay in office also for four years and can stand again for election.

The full Governing Body meets once a term so there are three full governing body meetings in a year.

At the full governing body meetings they ratify matters that have occurred at any sub committee meetings.

We have many sub committees and they would meet two to three times a year or more often if needed. The main ones are:

So what do governors do?

The Dept. for Education wants governors to act in a non executive role like a board of directors would in a public company and new rules and regulations came into force about school governance in 2013. The governors are accountable to Ofsted for our effectiveness and should school have an inspection we would also be interviewed by Ofsted and so we work closely with the Head Teacher, both challenging and supporting her, and holding her to account for issues such as:

Driving up the educational performance of school;

The vision and direction of the school;

Information About Becoming A Governor 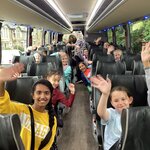 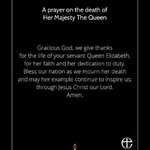 In Memory of Queen Elizabeth II 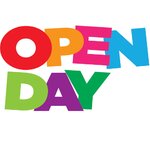